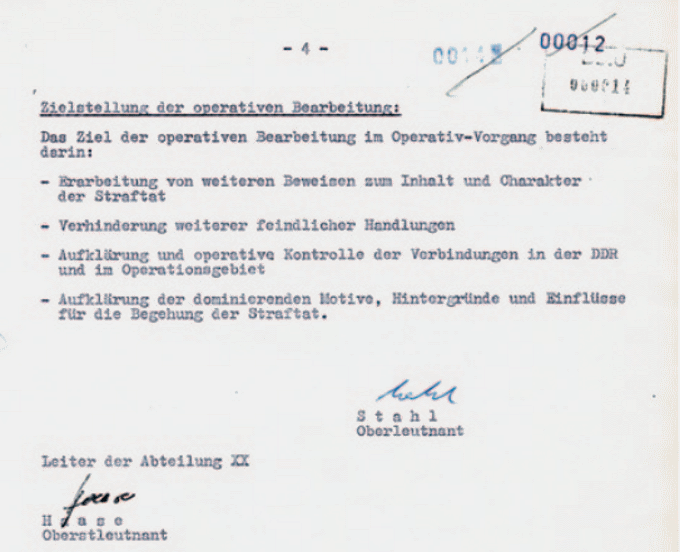 In the course of a research exhibition we would like to focus on performances and happenings as the key indicators for the permeability and porosity of the actions, interactions and reactions between the State and the performance artists focusing on examples from Hungary, Romania, Czech Republic and the GDR between 1950-1990.

The exhibition will focus on original documents of these heterogeneous and often not unambiguous relationships between artistic and the state-driven documentation, so for example the documentation of performances by Secret Agents of the Secret Police.

On the reverse, the presentation of counter-actions of the State against artists, the strategic handling of the theory of happenings and the often crucial influence on performances triggered by the state surveillance is also a core point of the project.

We plan to present this exhibition at the Hardware Kunstverein Dortmund and at the Gessnerallee Zürich.

This aspect is of particular importance in the work of Dmitry Prigov, who, from the 1970s onwards, developed a unique version of experimental poetics, that deals with text and graphics, or with the sound realization of words and verses. He specialized, amongst other things, on poetic performance, which comprises an essential part of his work.

In the five points of the Star Summer Palace, the basic forms of Prigov’s work and the ways in which they relate to Havel’s Anticodes’ and Czech experimental poetry will be presented.