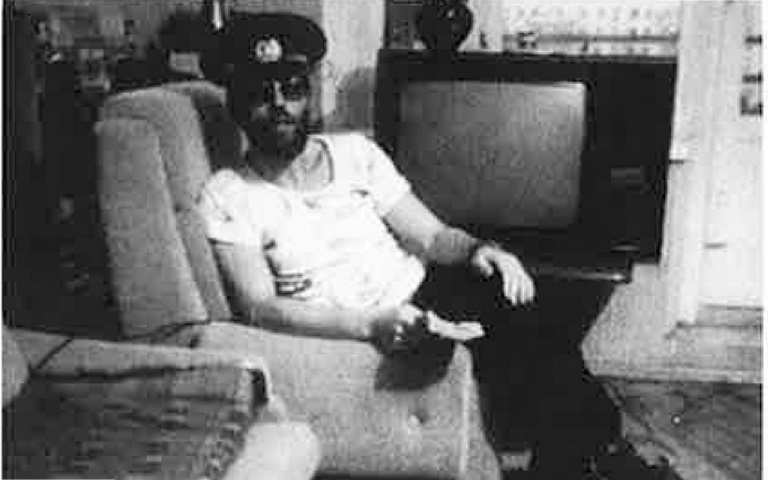 The poet as a militiaman – we met Dmitry Prigov in this incarnation during a poetic performance in front of our video camera in spring 1985. In his apartment in Belyaevo on the outskirts of Moscow he read to us from the Militiaman cycle, probably his most famous cycle of the seventies.
The choice of the venue can be regarded as a concrete expression of Prigov’s position on the margins of Soviet culture, i.e. in a peripheral artistic subculture. To this day, it seems to be a provocative and disturbing act of self-stylization when an underground poet slips into the role of an official keeper of peace and state order.