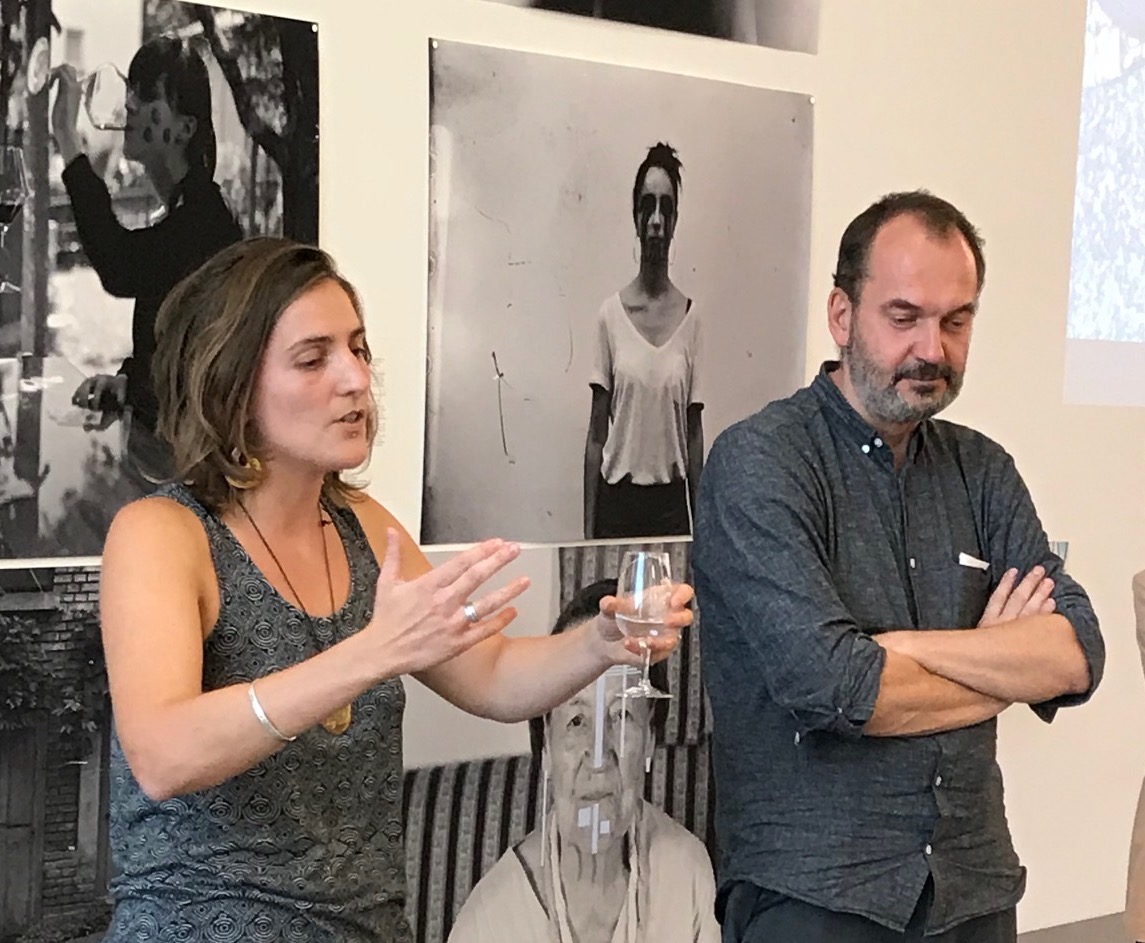 Between April and July of 2018, Artur Żmijewski conducted a workshop for PhD students from three Zurich universities: the ETH, the UZH, and the ZHdK. “How to Teach Art?” attracted participants with an academic background in the humanities, though most – if not all – of them also maintained an artistic practice of their own, either independent of or relating to their academic research. A key component of these practical exercises consisted of operating a Voigtländer plate camera from the early 20th century as well as a Bolex 16mm film camera.

At Kunsthalle Zürich, the events of the workshop will be retraced through inconclusive, fragmentary results between theory and practice, which arose from these meetings: drawings, videos, photographs, 16mm films, and accompanying reflections on the central premise, “How to Teach Art?”

Artur Zmijewski’s comments on the workshop “How to Teach Art?”:

‘The meetings had usually two parts: a theoreti

cal one and a practical one. After a rational discussion, we jumped into the zone of intuition and making ‘art’. The topic of the workshop was “How to Teach Art?” This meant: What kind of knowledge should artists absorb? How might an ordinary person become a creature addicted to the creative process; a non-artist become an artist? Such questions have no clear answers, and the fact is, different strategies for teaching art tend to coexist. What kinds of strategies? For example, allowing people to accelerate the process by which they grow mentally, or allowing them to build their own mythology – which might establish roots for their artistic practice in the future. Or just to letting students discuss with one another and do whatever they want.

My work follows in a specific tradition. My teachers were focused on teaching a visual language. They wanted the other students and I to speak this language fluently. So, we learned its grammar, its phrasal verbs, and its dialects, even some slang. It was a good method; I know the language now, even if it’s not my mother tongue. I can speak it, and I’m able to communicate via visual messages.

But some problems do exist that aren’t normally part of the educational process in the art field. Such as:

How to focus artistic intuition – or intuition in general – on a specific field, issue, or problem; how to navigate your intuition; how not to neglect subtle prompts which appear during the creative process, but rather to follow them.

How to deal with the strong emotions that are a side effect of the creative process. For example, when you get close to human darkness, misery, hate, or evil, it’s possible that certain emotions might overtake you. They have the ability to transform creativity in a depressive way into a lost individual.

How to live in a society that is focused solely on the bright side of life; how to reveal the weakness and brutality of human nature and not collapse when you are attacked by ‘the protectors of morality’ or radical politicians who do not respect freedom of speech; thus, how to use your immune system properly and make sure it remains strong throughout your career.

How to define what kind of creative creature you are. Maybe you see images in your mind and then simply transform them into material objects – paintings, drawings, photographs, and so on. But maybe you have to meditate for a long time in order to discover the proper image or situation for it.’

So in the workshop, we developed a typology of artists, quite ironic but with this specific scientific terminological approach: ‘Samara’ might serve as an example of an artist from our typology – the character originally comes from the horror movie “The Ring”. She had an unusual ability to ‘print’ images; as she said: “I don’t make them, I see them. Then they just are.” Some artists just ‘see’ images and then ‘print’ them. We could even extend our unfinished typology with an artist called ‘Printer’ or ‘Plotter’. We wanted to reflect the ambivalent nature of artistic practice – it’s partly rational, but it’s done at a place called a blind spot, a black hole, or the subconscious. The goal of our workshop was to establish friendly cooperation between the rational (controlled) part of the creative process and all this creation that takes place inside the black hole or (collective) subconsciousness. Our hypothesis was that a mythological daemon named Daimonion (meaning ‘genius, talent’) dictates what artists should do. If it’s true, let’s try to draw up a contract with Daimonion and make art in a kind of cooperation with this creature.

We were trying to develop some answers – also in a practical way. We undertook both collective and individual exercises. We were trying to develop working conditions that would allow intuition to run freely. As an artist, you should be aware of when you’re thinking rationality and when rational thinking is replaced by intuitive work. In my opinion, the results of intuitive work are better. So the practical part of the workshop was focused on creating this stroboscope or flicker effect, in which rationality appears and disappears – giving intuition space to do its job. You might not know what you’re doing, but you can watch yourself from a rational distance.

One of the more interesting collective exercises was a group painting on a huge blackboard. The board represented the collective subconscious or collective mind, and we asked it questions. During collective drawing sessions, the blackboard generated answers – in the form of images. For example, when asked the question, “What is the source of Samara’s images?,” the answer was “Time.” At Kunsthalle Zürich, we will present the results of the workshop: a little bit of theory and a little bit of practice.