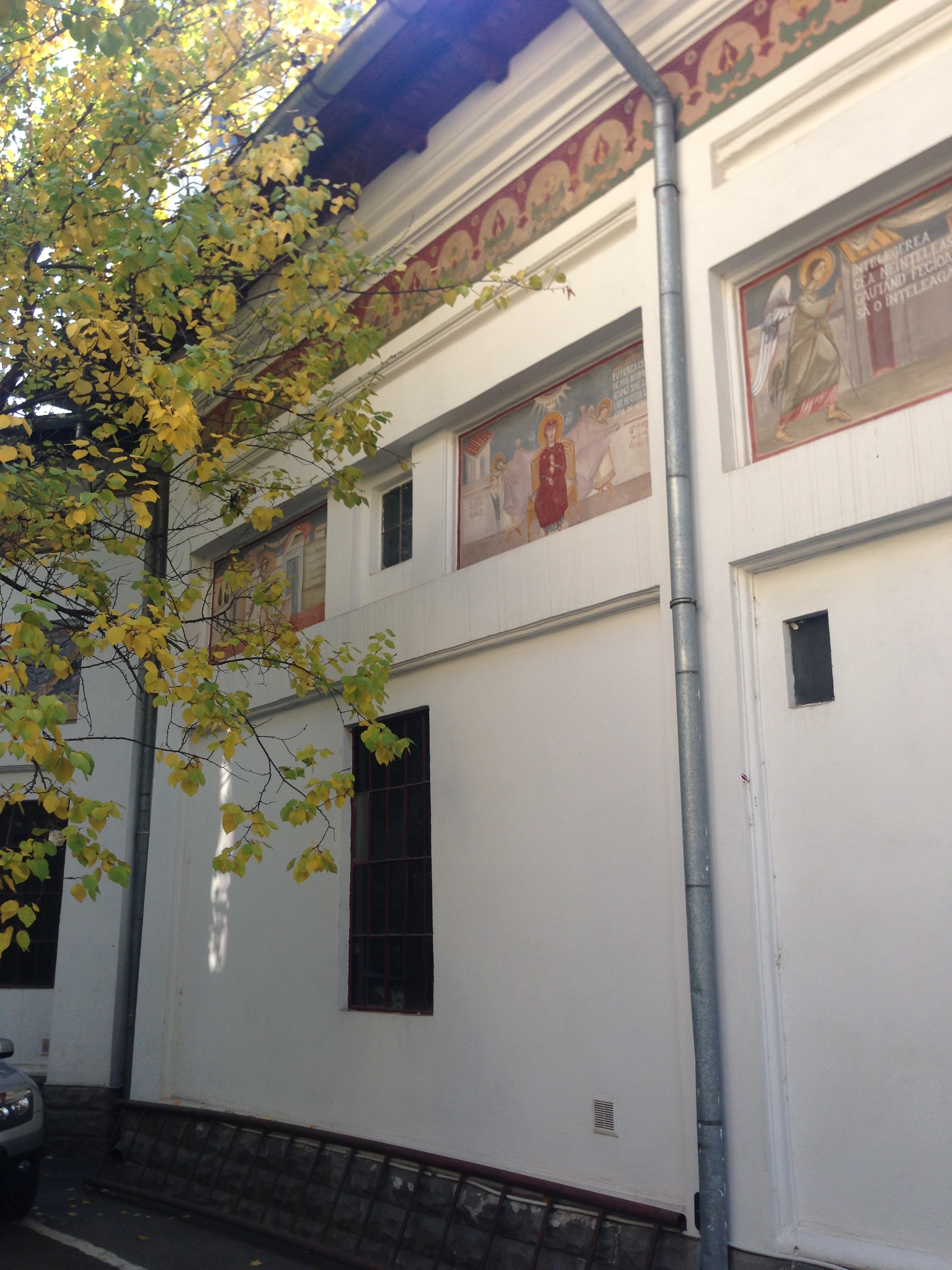 I already knew from my last visit that every day is a surprise with Ion Grigorescu. And I’m not the one who makes the choreography. So when I was slightly early this morning just wanting to get rid of a coffee cup of course I saw him coming from the other direction of the street towards me — we were already in our modus that we had left 13 years ago, and he led me to the church opposite his home, a church that he has been restoring for the last years… It was already renovated on the outside and he showed me all the frescoes on the side façades. He had not only painted these but had also invented the iconography, which is based on well known hymns often sang in that church. Inside, where I was attending a mass of approx. 3 hours last time, I saw that also there, some frescoes had been restored. He had done all of the work alone.

After this guided trip to his wonderful church, we returned to the working place of Ion Grigorescu. He suggested that we go back in time and start to go through all of his work, which is accurately sorted after years and months, starting in 2015 and going backwards. This is a conceptual decision made by him on how he would like to see his work. We went through almost every image and film without a break until the point when his charming mother-in-law — also a painter herself — invited us to lunch at 3 p.m. During a short break I asked him whether I could photograph his room, which is his working place, his studio and his archive, to which he agreed. I’ve never seen such a concentrated accumulation of tools for the aesthetics of documentation.

But it was still interesting for me from a performative point of view that when I entered the room, I saw the moderator ask everybody to stand up: it was a silent minute, after which he made the sign of the cross. As it later turned out, it was to commemorate the victims of the fire which triggered the “revolution” — as Caterina Preda, whom I met there, interpreted the events that are going on now in Romania. We had a wonderful and vivid conversation on Secret Agents’ files and their interaction with artists, on the shadows and blurred borders between the State and the Artists and about the revolution going on in these days, which is hard to explain as everything is going really fast. Everybody is heavily involved, even the waiter left his role to comment and to intervene in our discussion about collective guilt.

But nothing can hinder me to show up tomorrow at Grigorescu’s home — at 10 a.m., as usual.