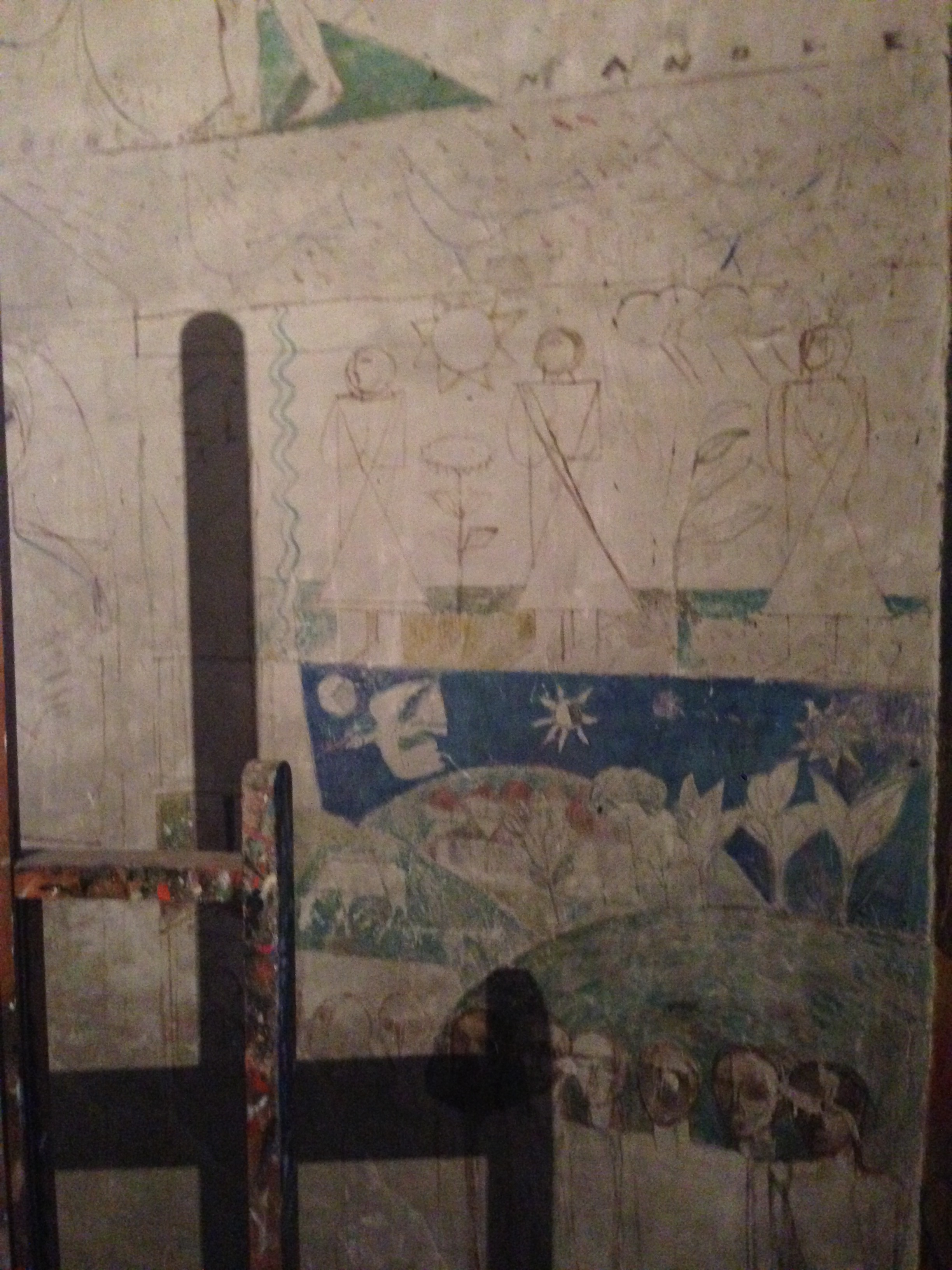 So I was walking around the block of Mr Grigorescu’s home for an hour before I rang the bell on the door — the bell that was ringing my utter failure. Behind the door I heard some noise of footsteps approaching and parallel to these steps my throught was getting narrower. I noticed that Mr Grigorescu had sensed my nervousness and he already knew about my incredible clumsiness with cameras and other recording devices — and I knew that I had to make a video interview with a man who was standing, lying or sitting before a camera for decades, who was an absolute expert on self-recording and the high priest of the aesthetics of self-documentation.

Our daily schedule was different this time. It was the last day on which I rang the bell. It was Sunday, he went to church, so we met at 12:30, and although we would usually start working immediately, this time he was leading me directly to the dining room where the marvellous mother-in-law, Adele Petrescu was preparing and serving lunch every day. (Mrs Petrescu was so incredibly nice as to show me her paintings and her collection of paintings in her room — an amazing concentration of intellectual, emotional and sensual impulses)

After lunch I was trying to adjust the camera, the angle and the width but I felt that I was so very disturbed by these preparations that without any tests I simply pressed the “record button” on the camera — which I didn’t know to handle although I had rented it from a professional store in Berlin to make the best possible recording, yet I was in fear of completely messing up the whole thing so I hadn’t really tested it beforehand.

We started. I asked the most trivial questions. But we went on thanks to the incredible patience of Mr Grigorescu for another 5 hours. And at the end we had arrived at some conclusions. Some Rilkean conclusions. To change life. To change art. To stop. And to start. To fail and to start again.

I still don’t know whether the recording worked out or not. But that’s also not the point. I’ll never be the same after that take-off to Berlin. And I know I can’t tell anybody about what happened. Because there is no language for that experience. Mr Grigorescu said that real life is always superior to art. I asked him: if that is the case, then what is he doing — he laughed and said, “I’m a revolting artist”. He turns 71 next year.